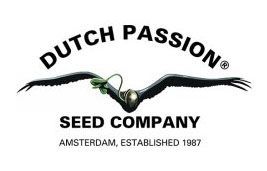 Feminizing cannabis strains since the 90's

It was 1972 when Henk van Dalen, who years later would establish the famous seed bank Dutch Passion, began his journey in the field of marijuana cultivation. After years of studying and gathering genes in order to cross them among themselves, the company finally came into existence in 1987 in Amsterdam, the cannabis capital of Europe.

This way, and thanks to a continuous spirit of improvement and investment in R&D, Dutch Passion Seed Company became the pioneer of the feminized seeds production during the 90's, an era in which cannabis cultivation began to flourish in other parts of the old continent. Their impressive catalog brings together some of the most well-known strains in the cannabis world. Who hasn't tried or heard of Orange Bud and the powerful White Widow? But it doesn't end here, because their seed collection also includes all kinds of hybrids developed thanks to the latest innovations from the American scene, and with a quality beyond all doubt. Enjoy our selection!