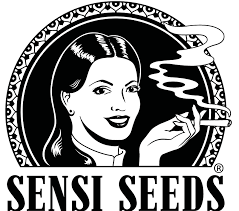 One of the world's first seed banks

The European (and American) history of cannabis cultivation is linked to certain names, and one of them is Sensi Seeds. Breeding pioneers of many strains considered nowadays outright cult genetics, they are the creators of marijuana legends such as Super Skunk, Jack Herer and Big Bud, among many others. Founded in the Netherlands in 1985 by Ben Dronkers, this seed bank has become one of the largest companies in the industry, with hundreds of strains imitated by other breeders, satellite companies, and even two museums dedicated to cannabis and hashish, one in Amsterdam and the other one in Barcelona. Sensi Seeds' commitment to marijuana standardization and legalization at a global level is beyond doubt.

After more than three decades working with top quality strains, many of this company's best selling seeds are still hybrids developed with great care a long time ago, especially with regard to the stabilization of their specific traits. That's why today they continue to be the number one reference when it comes to the growth of these gems, which the cannabis community would be wise to preserve.