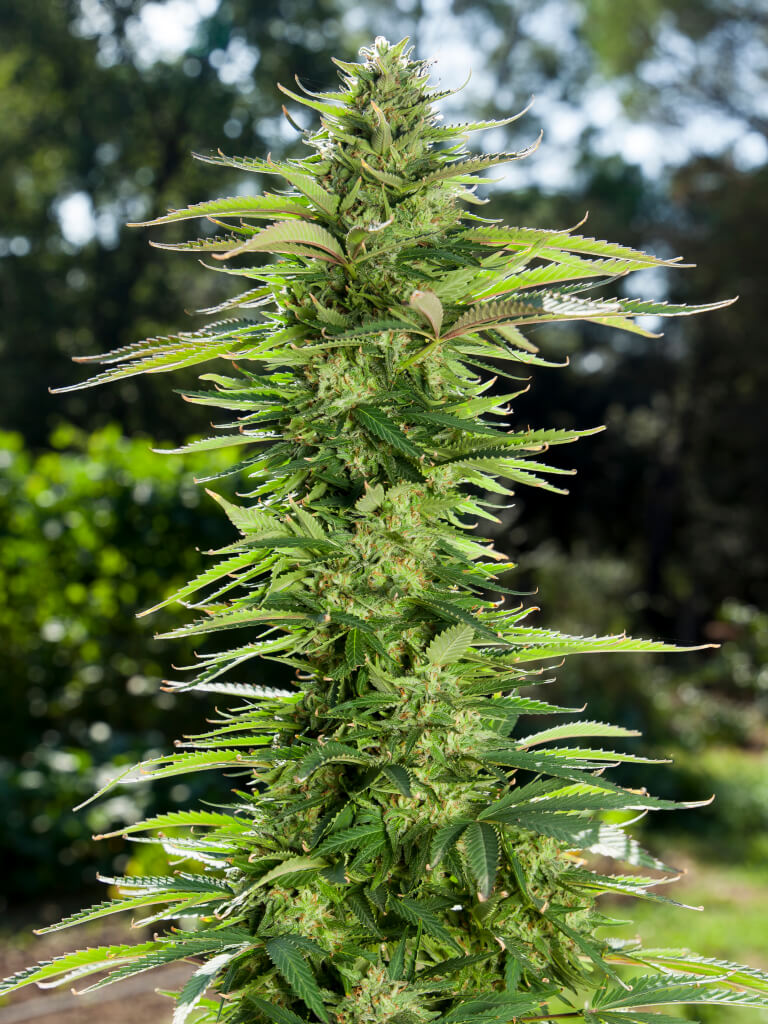 A Gelato hybrid with a flowering time of 7 weeks

Early Gelato is the fast version of the famous Gelato, developed by crossing Gelato #33 with our own Early Maroc, a highly regarded strain for its fast flowering times and easy cultivation.

In addition to the speedy flowering, Early Maroc's sweet and fruity flavour blends in perfectly with Gelato's, preserving its delicious aroma, while making it more versatile and easier to grow than the original.

An Indica/Sativa hybrid, Early Gelato displays a nice vegetative vigour, especially when grown in a good amount of substrate, reaching a medium height and developing lots of branches, which make it look like a bushy fir tree with a thick and elongated central bud.

Due to these genes, we don't recommend this strain for indoor cultivation, as it can be very difficult to control, but rather on outdoor culture, where it can develop to its full potential.

Early Gelato starts flowering earlier than more classic strains, and thanks to its fast-flowering time of 6-7 weeks, it can be harvested at the end of September.

Early Gelato offers a sweet and fruity flavour that stays true to that of Gelato #33, with a fast-flowering time of 6-7 weeks.

The branches form large clusters of highly productive thick and fleshy flowers, generating up to 600gr per plant on soil, while its generous resin production will delight the concentrates lovers, both for its quantity and high concentrations of terpenes and cannabinoids.

Once your harvest is dry and cured, you will be rewarded with high quality flowers covered in resin and exuding a pungent smell as powerful as intoxicating.

Early Gelato's organoleptic profile is a combination of sweet red berries notes with a minty, earthy and spicy background, offering a delicious and complex aroma that lingers in the mouth.

The high is strong and long-lasting, balanced and physically relaxing; it also stimulates the creativity and promotes a happy mood.


We remind our clients residing in France that cannabis seeds not listed in the European Community catalog are products exclusively intended for genetic conservation and collection, and in no case are for cultivation. It is strictly forbidden to germinate them on French territory, with the exception of those authorised by the European Union. We do not encourage our customers to break the law in any way and are not responsible for their use.

Do you want to give your opinion of Early Gelato or ask about this product?