Cannabis and alcohol have been in popular recreational use for millenia. The various attempts to control alcohol (through prohibition) have failed dismally with cannabis suffering a similar legal fate which remains largely in place to this day. Despite cannabis being historically viewed as the more “dangerous” of the two, and alcohol the state- sanctioned and widely available social lubricant of choice. As we know- sadly- legal does not mean healthy.

The legalisation of alcohol gives a deceptive illusion of safety.

Unfortunately, in addition to the massive damage it causes to the body and mind, there is a far greater sociological cost, including a huge impact in exacerbating all types of crime, and also contributing heavily to the wider damage caused to society by increasing the likelihood of violence and death.

The problem is endemic-but there is now compelling evidence that cannabis could make an effective treatment for alcoholism.

Evidence is emerging that when it comes to harm reduction, cannabis is actually a fantastic alternative to most all other options on the physician’s table. This 2009 study found that:

“The substitution of one psychoactive substance for another with the goal of reducing negative outcomes can be included within the framework of harm reduction. Medical cannabis patients have been engaging in substitution by using cannabis as an alternative to alcohol, prescription and illicit drugs.”

In addition to its well-documented negative physical effects while using, alcohol is actually one of the most dangerous of all drugs to withdraw from - and in many cases, people die from severe withdrawal. Those lucky enough to survive it may experience seizures, tremors, confusion, irritability as well as hallucinations and other mental issues.

In the US where medical cannabis has been legal for some years (depending on your state), doctors have been carrying out their own studies. Doctor Tod Mikuriya has been prescribing medical cannabis to people suffering from alcoholism and in 2004 he published his research on this matter.

In the study Mikuriya gave medical cannabis to 92 people who were suffering from various alcohol addiction issues. Each of the 92 patients involved reported a significant reduction in the consumption of alcohol and alcohol- related problems. Of the 92 patients, a number of them (9) were actually able to completely stop drinking alcohol for longer than 12 months, with all positive effects being attributed to medical cannabis.

The 2009 research by Amanda Reiman of the School of Social Welfare of the University of California yielded similar encouraging results. Patients lucky enough to be prescribed medical marijuana showed large reductions in their consumption of alcohol and/or other drugs, as well as a reduction in the health problems associated therewith.

Studies in Canada in 2005 by Zach Walsh PHD have also yielded positive results:

“Findings indicate that cannabis use is perceived to substitute for alcohol and other drugs among users of cannabis for therapeutic purposes.”

More recent research in 2014 by Meenakshi Sabina Subbaraman supported by the National Institute on Alcohol Abuse and Alcoholism found out that:

“While more research and improved study designs are needed to better identify the extent and impact of cannabis substitution on those affected by AUD, cannabis does appear to be a potential substitute for alcohol. Perhaps more importantly, cannabis is both safer and potentially less addictive than benzodiazepines and other pharmaceuticals that have been evaluated as substitutes for alcohol.”

Cannabis can assist somebody suffering from alcoholism by helping them to stop the damaging addiction. In addition, it has recently been found that one of the cannabinoids present in cannabis Cannabidiol (often referred to as CBD) can actually protect the liver from damage caused by oxidative stress caused by alcohol use. Cannabidiol also can prevent the decrease in autophagy which is caused by alcohol:

It’s worth noting that CBD is not something normally found in cannabis in high concentrations and if you are considering giving somebody Cannabidiol to help to repair their body from alcoholism, then one should seek out a high CBD strain specifically created for this purpose and let the patient consume it internally by way of an edible or oil. 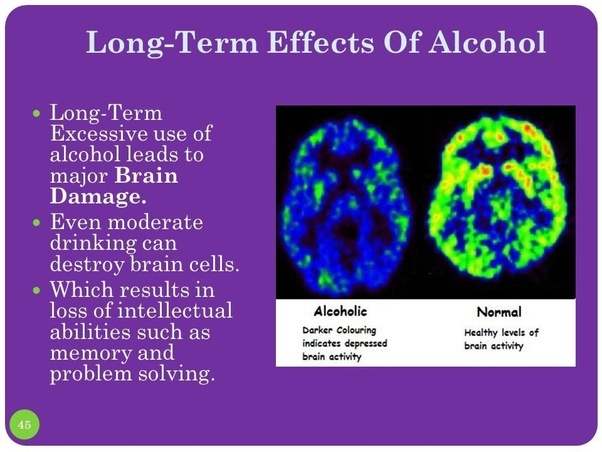 Strong evidence is emerging that the cannabinoid CBD can additionally help to protect the brain from the damage caused by heavy drinking:-

“These results demonstrate the feasibility of using CBD transdermal delivery systems for the treatment of alcohol-induced neurodegeneration.”

Not only that, but a 2018 paper published in Nature suggests that CBD can also be helpful in preventing relapse where people are trying to give up addictive substances, such as alcohol:

“CBD also has long received attention for therapeutic potential in the treatment of numerous neurological and psychiatric disorders. Our findings extend understanding of CBD’s therapeutic profile to potential medical benefit for relapse prevention in substance use disorders.”

A study published in 2018 involving over 300,000 individuals has revealed that being a cannabis user does indeed protect you from liver disease.

The conclusion of the study states:

“Our findings suggest that cannabis use is associated with a reduced incidence of liver disease in alcoholics.”

It should be mentioned that the individuals in the study were normal cannabis users and not patients who were specifically trying to treat themselves using the plant. Consuming cannabinoids directly in edibles or resin extracts, or vaping them (as opposed to smoking them) may present even more efficacious results. 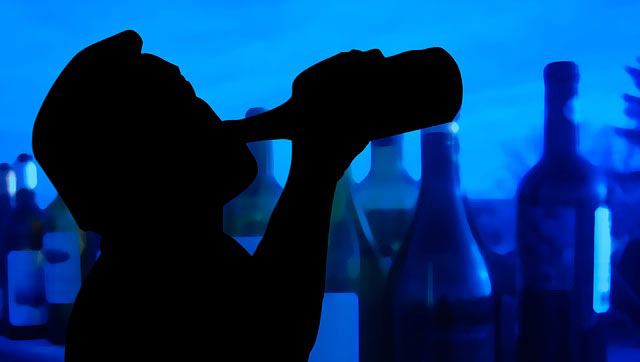 Some of the latest research shows that cannabis may play a special place with dealing with the body’s receptors when it comes to alcoholism. Cannabis receptors in the body were only discovered in the 1980s with the CB1 receptor being completely identified in 1990.

The CB1 receptor is believed to play a key part in emotional regulation and memory.  This receptor is damaged by excessive alcohol use and stops working normally, even weeks after cessation of drinking alcohol.

Ressearch now that suggests that the cannabinoid system as a whole is needed for humans to handle stress correctly.

There is a plethora of scientific evidence supporting the use of CBD in helping alcoholics as well as other drug-addicted people to overcome their addictions and additionally its use as a restorative after any period of addiction.  According to a study in Nature magazine:

“In summary, the results provide proof of principle supporting potential of CBD for relapse prevention along two dimensions : beneficial actions across several vulnerability states, and long-lasting effects with only brief treatment”

Comments in “Treating Alcoholism with Cannabis” (0)

About this Cannabis Blog

This is the blog of the seed bank Philosopher Seeds. It is intended for the use of adults over the age of 18 years.

To buy seeds from Philosopher Seeds and the best European seed banks. you can check out our cataogue.

This page is not authorised for minors.

Philosopher Seeds sells cannabis seeds as souvenirs for genetic preservation to countries where cultivation of this plant is illegal. The information related to germination and cultivation on this website is for informational purposes and in no case is it intended to encourage illegal actions in these countries.