Cannabis connoisseurs often talk about trichomes. These small glands contains most of the cannabinoids and terpenes produced by the cannabis plant and are often called “resin”, the desire of any enthusiast of marijuana extracts and concentrates. As the plant goes through the different life stages it secretes diverse types of trichomes, capitate stalked ones being the most best known. We also know that the colour of these trichomes will determine the optimal time for harvesting, either indoors or outdoors.

Trichomes re then the reason why many people use cannabis, since they not only produce psychoactive compounds like THC (which are what recreative users want) but also non-psychoactive substances like CBD (with amazing therapeutic potential, mainly sought by patients) and terpenes, which are hydrocarbons with awesome aromatic properties that provide each plant with a unique organoleptic profile (besides interacting with cannabinoids to modulate their effect).

In this article we’ll deepen into this subject and see what is a trichome, what types of trichomes are secreted by the cannabis plant and why they are produced. 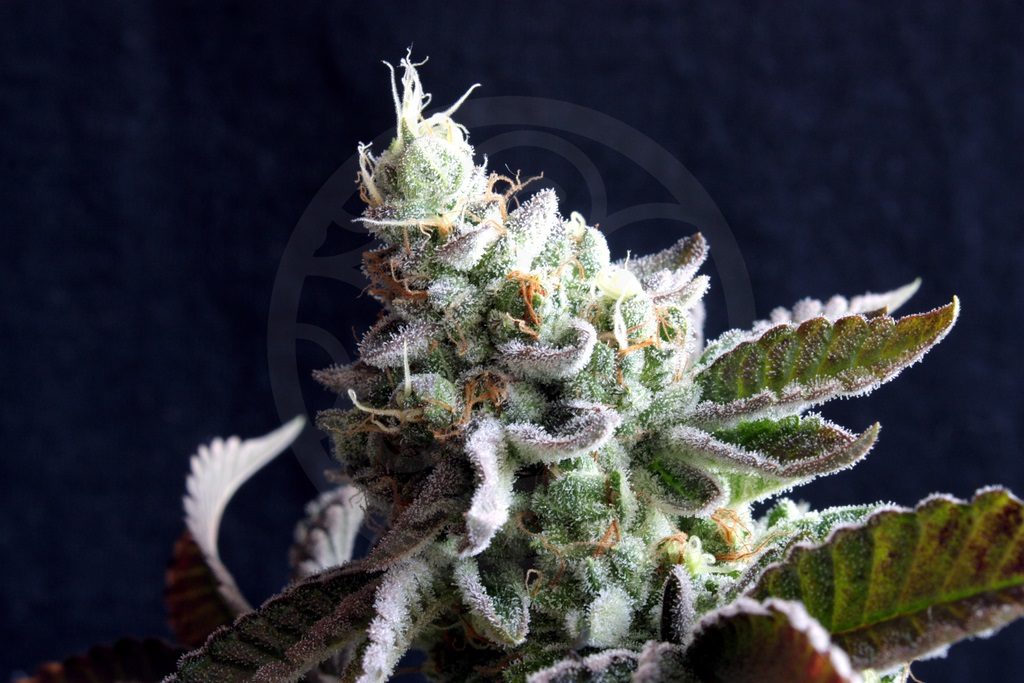 What is a trichome?

Trichomes are epidermal secretions produced by some plants, among them the diverse cannabis strains. They can be composed of a single cell or be multicellular, adopting different shapes according to their function and composition. Some of these trichomes can be seen at naked eye (although not in detail) while a magnifying glass or microscope is needed to observe others.

Ever since a cannabis seedling sprouts, the small plant starts to produce trichomes. As it grows, it develops new types of trichomes with different compositions, being the bloom stage when the female plant gets covered with resin glands, especially capitate stalked trichomes. Since trichomes seem to be developed in order to protect the plant, it is not rare that female plants – which must produce seeds and thus ensure the viability of the offspring – produce much more resin than males. 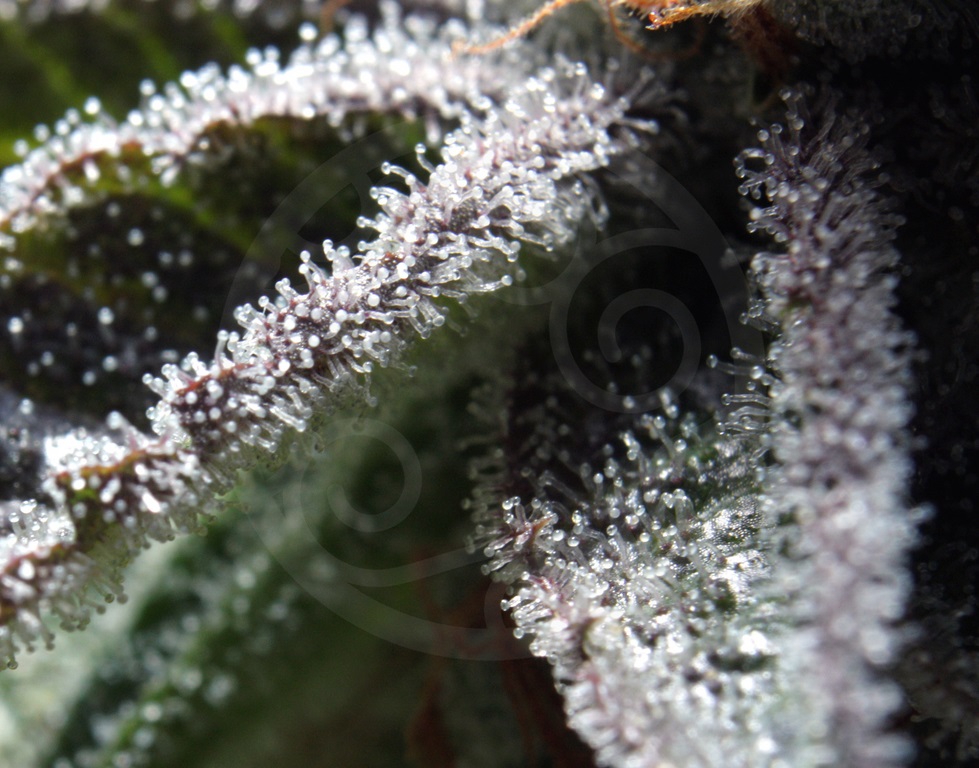 There are several functions attributed to trichomes, mainly aimed at protecting the plant from external threats. Non-glandular trichomes are believed to protect plant tissues against mechanical external agents like insects, light (UV rays) and environmental conditions (extreme temperatures, humidity, etc.), since they help to regulate the micro climate surrounding the tissue. This type of trichomes are normally found on leaves, petioles and stems and, to a lesser degree, on flowers.

Over and above the distinctions between glandular and non-glandular trichomes, these are the types of trichomes that female cannabis plants produce throughout their life cycle, from seedling to senescence. 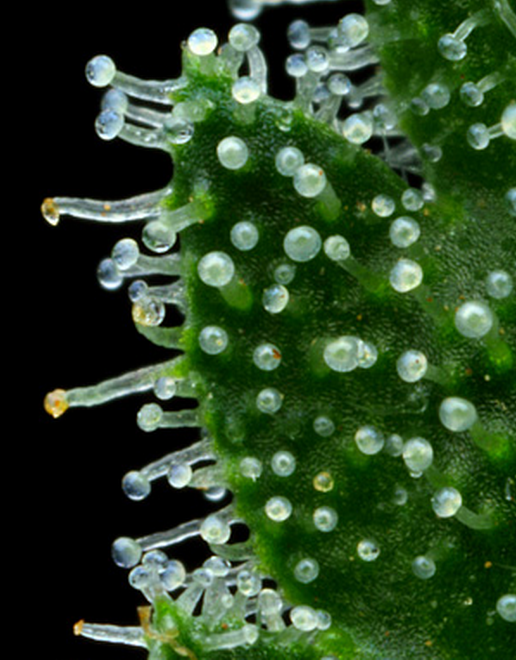 The first ones to appear, they can already be found on the surface of the cotyledons of the seedling. As the plant grows they also appear on the underside of the leaves and, at a lesser degree, on their surface. They provide protection against extreme temperatures while reducing water loss. They look similar to small short hairs.

They can also be found at very early stages of plant development, and have been actually found on the first pair of true leaves. They look very similar to unicellular trichomes, but cystholytic trichomes are larger and have a cystolyth (formed from calcium carbonate). Their texture is rough to the touch, and are probably related to protection against predators.

These trichomes are formed by a glandular head of about 25 microns in diameter and lack a stalk, with just one cell – often called stalk cell – connecting it to the epidermis. These heads have a disk of secretory cells that produce several cannabinoids and terpenes, which are stored in the secretory cavity and protected by the gland membrane. 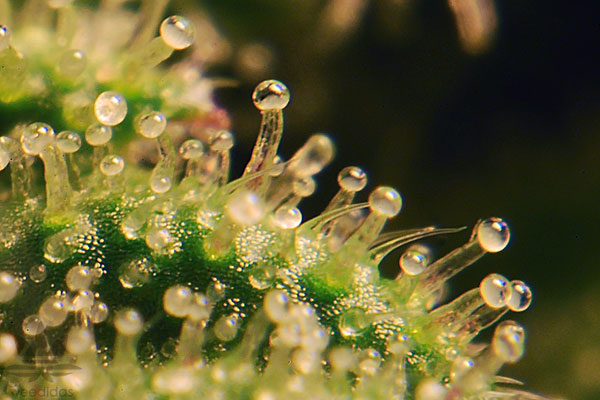 The smallest of all glandular trichomes, measuring 10-20 microns. They firstly appear on the stem and the lower leaves, although they are soon found across all surfaces of the plant. They can be formed by 2 cells, which connect the head to the epidermis and can develop either a simple spherical head or a multi-compartmented head.

As we already know, this type is the most commonly found on cannabis plants and the most interesting ones due to their high cannabinoid content. They are mainly found on the calyx, petioles, bracts and bracteoles of blooming female plants, although they havealso been observed near the anthers of male plants. They look similar to sessile trichomes although – when mature – they have a long stalk formed by epidermal and hypodermal cells. This stalk grows in heigh as the trichomes ripens, so they can be confused at early stages of development with sessile trichomes.

The heads are similar to those of sessile trichomes (with a head basal tissue, a disk of secretory cells and a secretory cavity) but slightly larger. The heads get bigger as the secretory cells produce compounds, reching a final size of 70-100 microns. 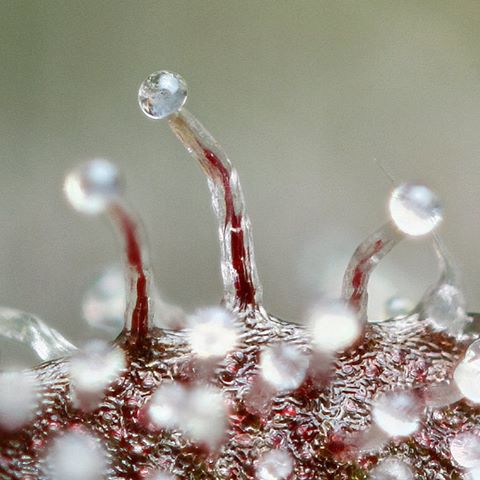 Maturity and aging of trichomes

As the plant blooms, trichomes develop and mature. Secretory cells inside the glansular heads produce more and more compunds, so that the color of the head changes from clear (inmature trichomes) to milky (optimal concentration of cannabinoids) and finally amber (the contents in the secretory cavity of trichomes are already degrading).

In our article about when to harvest cannabis we already mentioned this fact, as well as how important it is to carefully check the color of the trichomes with a microscope to determine the optimal time for harvest. We should wait until all stalked trichomes are milky and only about 10% amber (even less). 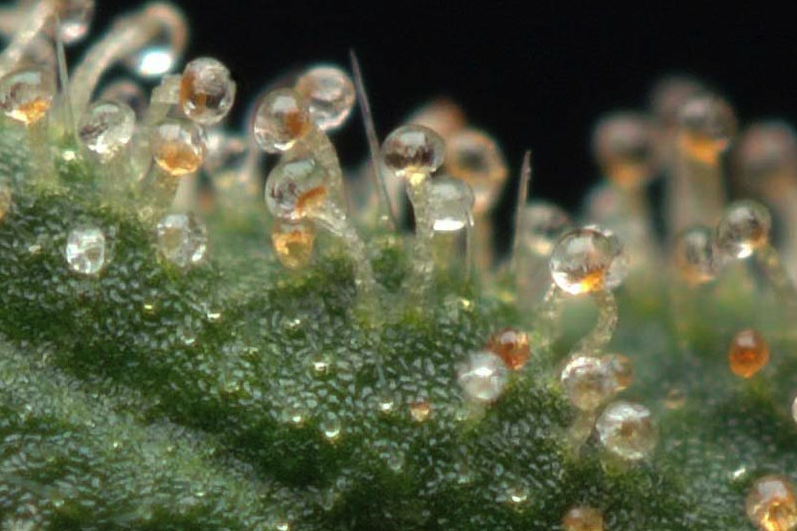 Also, keep in mind that, as buds cure, several cannabinoids and terpenes degrade into other compounds. Especially during harvest and the drying process, and if we don’t handle our plants correctly, trichomes can be degraded much faster and even ruined. For this reason, those who make top grade cannabis concentrates always try to handle their plants and buds gently.

We hope you found this article interesting, please leave here any doubt or comment.


Comments and questions about Cannabis trichomes