Over the last years, cannabis concentrates have skyrocketed in popularity amoung the marijuana community, particularly in Europe and the USA. The high quality achieved with modern extraction techniques, along with the appearance of new cannabis strains especially developed for making concentrates, have lead to a boom of extracts, either for medical or recreational use. But, where do resin concentrates come from? Which was the first one ever made? Which are the latest developments in regard with the different extraction techniques?

Cannabis resin extracts have been used for centuries, either as medicine or recreational drug. Despite not having an accurate source to date the exact origin of concentrates, we do have some testimonies that allow us to digress about the origins of this cannabis derivative, which may date back 1.000 years and is likely to come from Central Asia or Middle East.

We invite you now to an amazing trip that will take us from ancient Persia to the very latest techniques used around the world. Hope you’ll enjoy it! 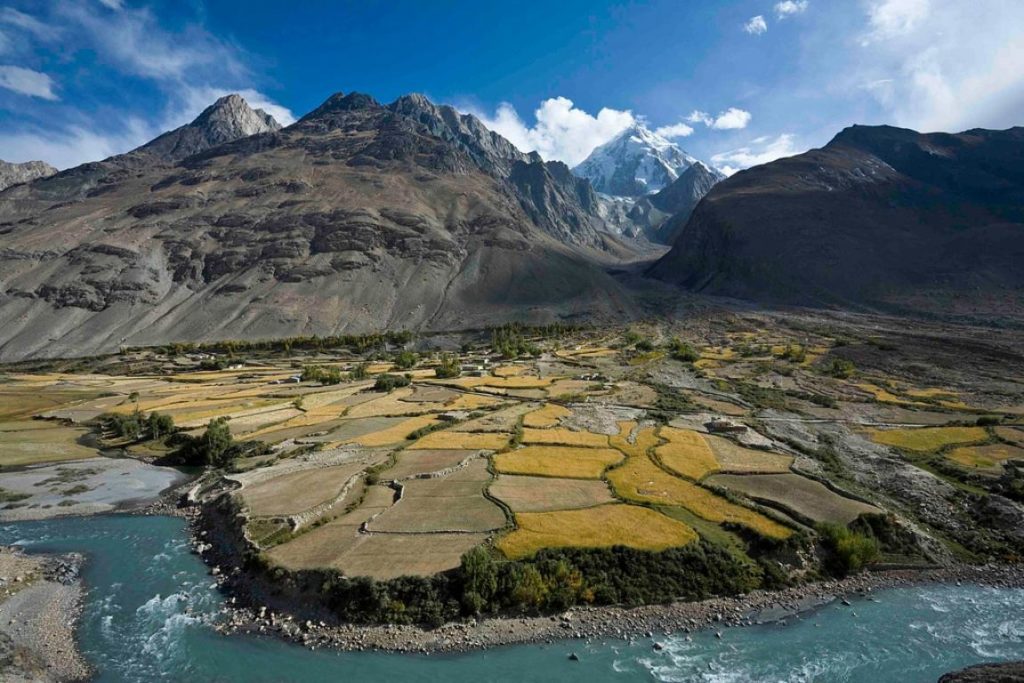 Hashish may come from the Hindu Kush foothills (Image: USAID)

As we mentioned, we don’t know the exact origins of cannabis resin extractions. Still, we do know that hashish was being used during the X century in Middle East, although we don’t know wether it came from this area or Central Asia, which today would be Afghanistan, Uzbekistan, etc. One of the earliest mentions to hashish is found in the Book of Poisons, written by Ibn Wahshiyya – probably during the X century – and in which he describes toxicological aspects of this substance. We now that the first concentrate ever made was charas, obtained by rubbing fresh fowers with naked hands.

The use of hashish quickly spread across the muslim territory mainly thanks to Sufi monks, who used it on a regular basis. A few centuries later, the first dry sieving techniques were developed, which allowed the producer to process much more material in less time. This new method was far more efficient than rubbing fresh plants, so by the XVII century – when demand for hashish boosted – only a few producing places were still making charas (Nepal, Kashmir and areas of north India). Traditionally, the biggest cannabis-growing and dry sieved hashish-producing areas were north Afganistan and Turkestan, also Lebanon. 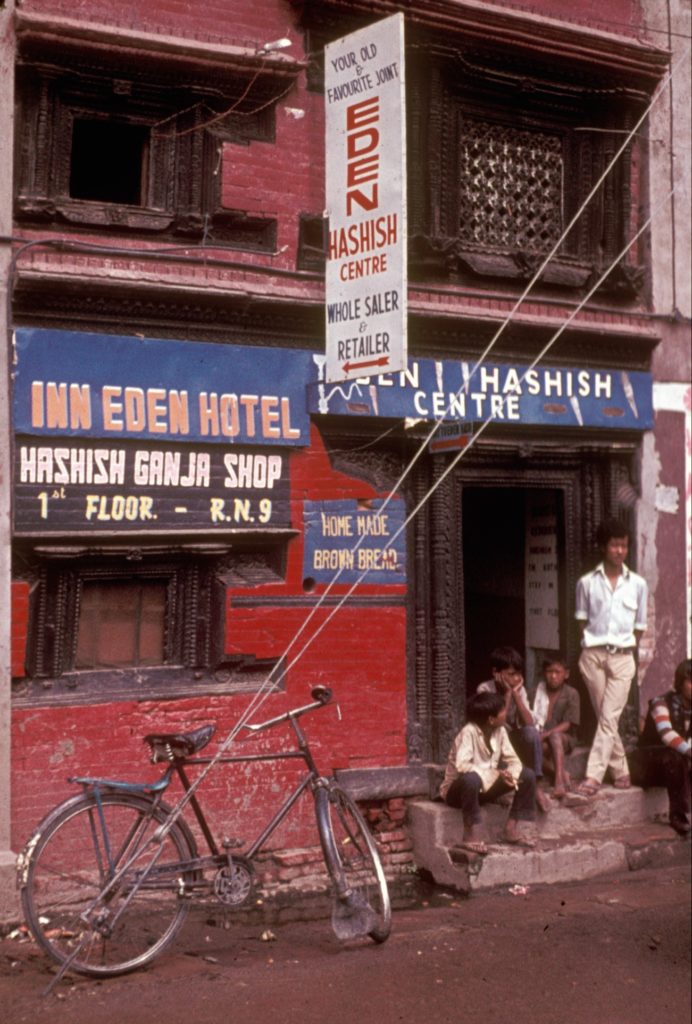 Production of resin concentrates did not change significantly since the XIX century. Indeed, it was not until 1839 and after years of scientific research in India that doctor Walter O’Shaughnessy published his study on cannabis preparations, in which he explained the properties of marijuana tinctures, a concentrate extracted with alcohol. It was one of the very first solvent extracts ever made, which reached the Western world by the hand of this doctor and researcher. Soon, the interest of the medical community from both Europe and the USA focused on cannabis tinctures.

The 60s: the birth of modern extraction techniques

Despite the American government had already used a THC acetate in its controversial interrogation program in 1940, it was not until the first westerners travelled to traditional producing countries when ancient techniques for producing dry sieved hashish were replaced by modern farming techniques and methods of resin separation, although following the same exact principle (mechanic separation of trichomes by size and gravity). This progress enabled producers to meet the growing interantional demand, although at the expense of product quality in most times.

During this period, but this time on the west coast of the USA, researchers and marijuana enthusiasts were trying diverse extraction techniques with different alcohols and types of weed, also with import hashish. Some of them – like author D. Gold – even started their research on isomerizing CBD to THC. Thus, the first modern cannabis oils were produced, which were much more potent – and easy to smuggle – than marijuana itself. Soon, some of the western travellers on their way along the Hippy Hashish Trail (who visited Lebanon, Afganistan, Pakistan, India, Nepal or even Morocco) started massive production of oil in these countries, with people like the Brotherhood of Eternal Love smuggling huge amounts of hash and oil into the USA/Eastern Europe. 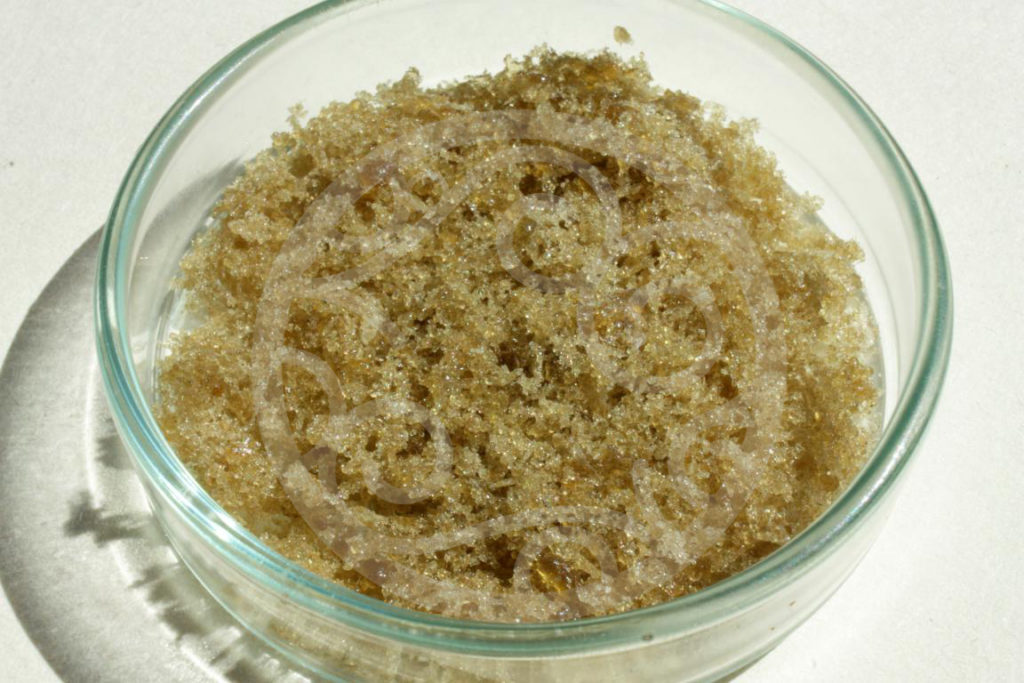 Solventless concentrate made with ice and water

End of the XX century, the ice water hash revolution

In 1987, an advertisement on High Times magazine showed a new solventless extraction method based on the different density of trichomes and green material once submerged in water. In this advertisment, published by Sadu Sam (aka Sam Skunkman), the author offered the secret of water hash for 10 dollars. Still, Sadu Sam was basically telling people the method described to him by Neville, who in turn has always claimed that the ice water technique was told to him by another american researcher.

About a decade later, in 1998, Mila Jansen – designer of the renowned Pollinator, a dry sieving machine, and owner of The Pollinator Co. – marketed a kit of extraction bags especially manufactured for the ice water technique, which were called Ice-O-Lator. Only about 7 months later, Bubbleman created his company, which he called Fresh Headies, and marketed his own Bubble Bags, a set of extraction bags to make water hash which included more sizes than Mila’s system (and thus achieved better quality). The cannabis concentrates industry was taking its first – and firm – steps.

In 1999, one of the first tutorials on how to make a new and extremely pure concentrate appeared on the net. In this case, the solvent used was butane, a highly volatile solvent which quickly became one of the most widely used solvents among the community of extractors. From that point onwards, the popularity of BHO (Butane Honey Oil) grew exponentially despite the potential dangers of the process, which was called open blasting. A few years later, the first closed loop systems were marketed, which provide much more security to the operator. 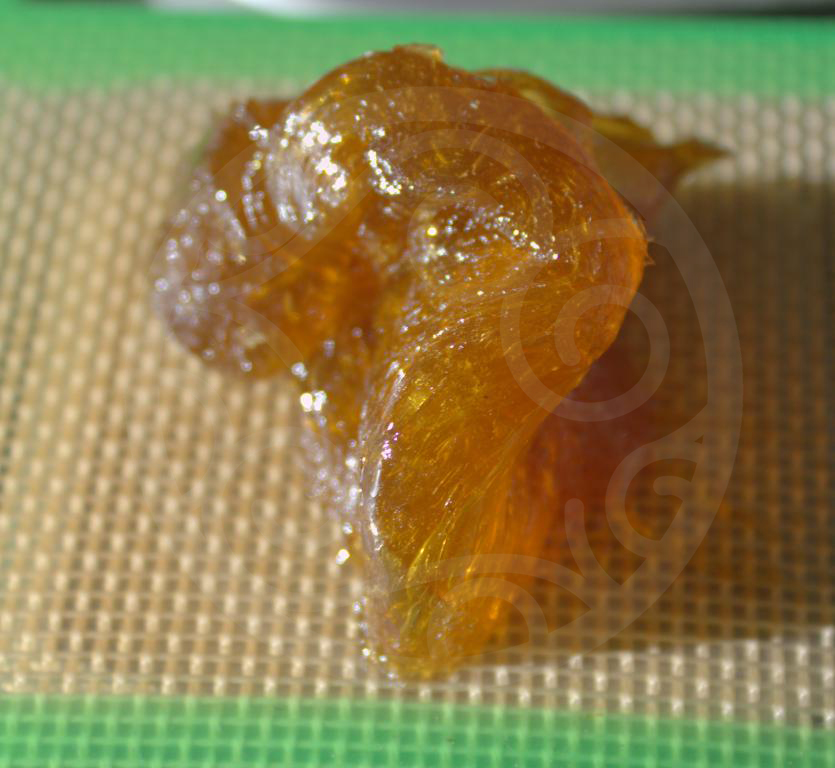 Soon, experts were purifying BHO with ethanol, getting what we know as shatter today. By trying different parameters during the extraction and purging processes, they soon got new and exciting textures from a single concentrate (BHO), like shatter, budder, honey comb, moonrock, etc. The “dabbing revolution” had just started, for this type of concentrates can be easily dabbed with bubblers and titanium or ceramic nails (even quartz), also electronic nails.

Without a doubt, Rosin Hash has been one of the most successful techniques developed lately. It basically uses heat and pressure to extract terpenes and cannabinoids not only from green material, but also from other concentrates. Supercritical CO2 extracts are also becoming more and more popular, especially in the USA, while fractional distillation is also being used to separate different cannabinoids and terpenes. It is obvious that legalization is some States of the USA has boosted research and development of new extraction techniques, something we celebrate and envy equally!


Comments and questions about Origins of cannabis concentrates