What is a pure or landrace cannabis variety?

Landrace or pure strains are those cannabis varieties that are native to a specific area and have been adapted generation after generation to the conditions of that area and remained isolated from other varieties, keeping their genotype unaltered.

Cannabis is an ancient plant – probably originating from the Himalayas – that has been cultivated by humans for millennia, either for its recreational virtues, for its well-known and documented medicinal properties or for the multitude of industrial uses (including food) that he has. Over the centuries, it has been adapting to cultivation according to latitude and to different climates across the world, especially in the intertropical zone and in many of the temperate parts of the globe.

Cannabis a traditional crop in many parts of the world

This has allowed different patterns of adaptation in each zone, giving rise to a good number of pure varieties from each region where cannabis has traditionally been cultivated (or where it has grown untouched in the wild). Each of these varieties thus has a series of specific traits that have been fixed year after year in the offspring of each generation, and since they have not been crossed with any other plant of a different genotype, they remain very homogeneous in this sense, with a great stability between individuals, showing very similar traits among themselves when compared with pure varieties from other areas. So great is the power of adaptation, as we could see with our Early Maroc, that in some areas clear differences in genotype can be observed between varieties grown just a few kilometres away from each other, but that are subject to different environmental conditions.

However, it can be said that pure varieties have a high degree of heterogeneity because they are usually open pollinations in large fields, where a large number of males pollinate an equal or greater number of females. In this sense, the genotype remains very open, much more than in the case of only using a few males, there being greater heterozygosity in the genes (which in turn gives them greater capacity for adaptation).

So logically among pure varieties we can find wild genetics, which have been reproducing naturally for centuries without any kind of care or selection from the hand of man, as well as domesticated varieties. The latter usually come from wild genetics that at some point have been intentionally reproduced through – more or less advanced – selective breeding techniques by the grower, who harvest after harvest has been selecting away from undesirable traits, but at the same time keeping the genotype pure, only crossed to itself. In many places, this selection has been made based on obtaining plants with high resin production, since most of the harvest goes to the extraction of resin such as hashish or charas. 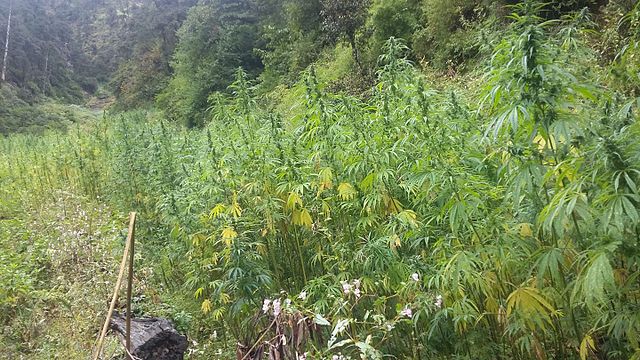 Because in many of the areas where pure varieties are grown, wild cannabis is also found, there’s always the risk of accidental cross-pollination, no matter how slight, so that sometimes, in case of having wild plants nearby, the quality and homogeneity of the cultivated variety can be seriously compromised. However, new genes are sometimes introduced into a pure variety to avoid genetic depression or the negative consequences of inbreeding, although varieties with very similar traits are often chosen and this usually only happens in populations of relatively small plants.

As a general rule, pure varieties are divided into two large groups, Indicas and Sativas. Indicas originate from mountainous areas with colder climates than the Sativas, and have a more compact and bushy growth pattern, with a heavy trichome production and broad leaves. They are usually medium height with solid, rock-hard buds. The effect is usually narcotic and sedative, very suitable for those seeking relaxation. Clear examples would be the varieties from Afghanistan, Pakistan and Uzbekistan.

In contrast, Sativas come from areas with tropical climates and abundant rainfall. Its structure is slender and flexible, reaching heights much higher than the Indicas. Its long branches produce leaves with very narrow leaflets and loose, airy buds with long pistils, which often give off aromas of wood and citrus. The trichomes are usually smaller than in the case of Indicas. Their effect is stimulating and cerebral, highly appreciated by daytime smokers. We can find Sativas in many places in the world, such as Asia (India, Nepal, Thailand, etc), Central America or Africa.

Sativa on the left. Indica on the right. The difference is self-evident.

Here we should mention Ruderalis genetics, from eastern Europe and from which the automatic varieties have been developed. However, it’s very rare to see crops of Ruderalis varieties, and most of these plants grow wild and are not usually cultivated by local inhabitants.

When cultivating pure varieties we must take into account that they aren’t usually adapted to indoor cultivation, so are normally only grown outdoors. In addition, they are usually accustomed to soils that are relatively poor in nutrients and, especially in the case of Indicas, to rather dry substrates.

Modern commercial hybrids (or polyhybrid) are often crosses of hybrids developed during the 60s and 70s, mostly in the US and by underground breeders. These early hybrids were developed from the seeds that many hippies and backpackers brought home from their exotic trips through the traditionally producing countries, varieties that were cultivated, adapted and crossed with each other. As a result, the first crosses between different genotypes were obtained, the first cannabis hybrids, which soon adapted to growing indoors under grow lamps.

This adaptation was perhaps simpler than that of the pure varieties partly due to something called hybrid vigour. Hybrid vigour – also called the heterozygote advantage – is a characteristic presented by offspring of a hybrid between two different varieties, whereby they show greater vegetative vigour, greater root growth, flower and resin production, etc. In short, thanks to exogamy, better individuals are obtained than those used as the male and female parents. 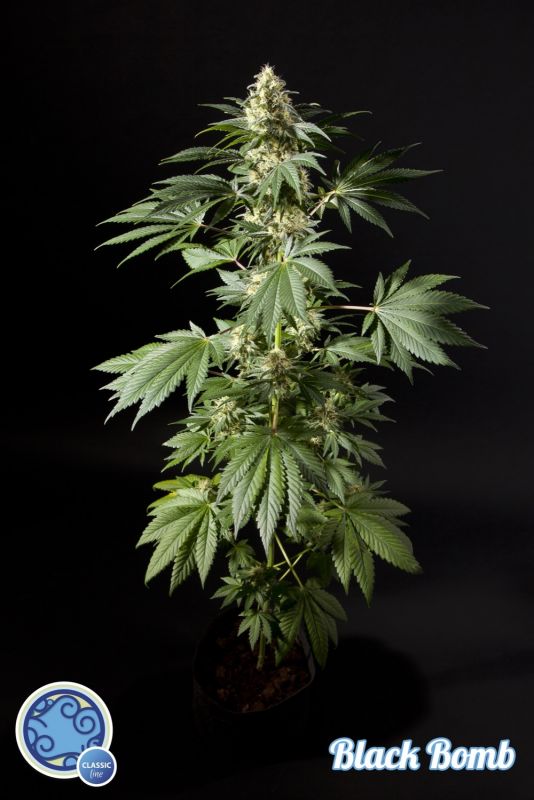 Black Bomb is a hybrid with clear Indica dominance

Over the years, these first cannabis hybrids have been used to create the infinity of genetics present on the market today, or have been crossed again with other landraces, as is the case with our Philo Skunk (Somango x Mazar) or our Jamaican Blueberry BX. However, the origins of all varieties of cannabis are in the old pure varieties, which in many cases are still cultivated in the same way and in the same areas as hundreds of years ago. In addition, and because of the constant selective breeding on the part of modern breeders, the genetic range of today’s hybrids is quite narrow, especially when compared to the great genetic richness of pure varieties.

Another aspect to take into account is the constant adaptation of these varieties; During the last decades it’s common to cultivate genetics from, for example, Afghanistan in countries like Spain. Since the environment (climatic conditions, soil, etc.) is very different, it’s to be expected that within a few generations this variety will show slight changes in its morphological expression, aimed at adapting to these new conditions. Therefore, good landrace breeders will cultivate varieties either in climates similar to those of their origin or directly in the places where each variety is from (which obviously complicates things somewhat). In addition, the breeder must decide if he wants to adapt the pure variety – naturally adapted to the outdoor growing – to indoor cultivation or not, something that in some cases can be almost impossible.

Pure varieties usually include the area or country from which they originate in their name. Let’s see below some of the most popular:

Of course, there are many other pure varieties, although some of the most famous ones are difficult to find today due to the increases in cultivation of modern hybrids in these traditional producing countries. Fortunately, a good number of enthusiasts from all over the world continue to reproduce and work on many of these pure genetic lines, which are the foundations supporting the rest of the genetics that we know!


Comments and questions about Pure or landrace cannabis seeds